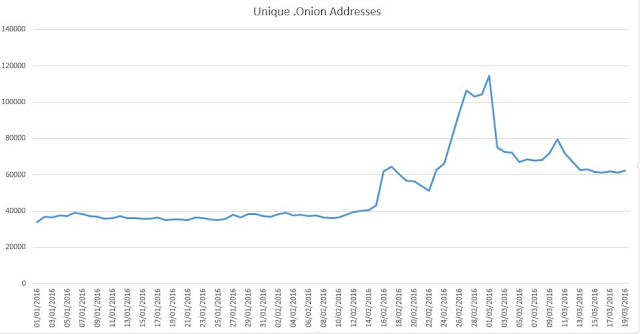 The past few months of observing Tor has shown that one cannot extrapolate forward too much, but for over a week now it appears to have stabilised.

Of course, the new normal is still 50% higher than the old normal, so the number of hidden services that appear to be operating has increased significantly.  Whether that was the original aim, and the major variations between the two relatively stable states was some form of obfuscation, who knows.

Although stable, it is something to continue to watch, if only to see if any more data emerges to explain the recent wild variations.  Bearing in mind the research suggests that most Tor hidden services are used for illegal activity, this could well herald an increase of 50% in that illegal activity.