Car Hacking - The Story Is Not Over Yet

For several years now there have been stories appearing in the press of researchers being able to hack into cars.  This became of real concern when these were shown to be possible remotely.  Then in 2015 interest was raised considerably when two researchers showed that they could take remote control of the steering of a Jeep and "kill it".

Not surprisingly this sparked an investigation by the National Highway Traffic Safety Administration (NHTSA) in the United States. What was surprising was that after only a few months the NHTSA apparently announced yesterday that they were ceasing the investigation as they had concluded that it was only Fiat-Chrylser's Jeep that was affected. In the detail what they actually said was that they had concluded that the radio/"infotainment system" from Harman that was the attack vector used in the Jeep attack was not vulnerable in other vehicles.

We've known for some time that there are a number of attack vectors for cars.  You need only look at some of the original research to see just how many possibilities exist. 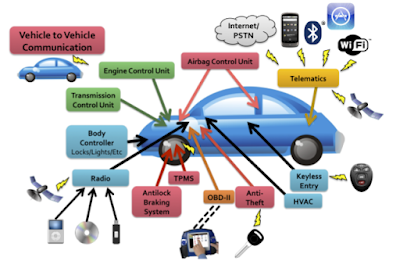 That being so I suspect it wont be long before researchers demonstrate another vehicle with another vulnerability.  I wouldn't be at all surprised to also find that some of those vehicles given a "clean bill of health" by the NHTSA are in that list, not least because the investigation conducted by the NHTSA appears to have been done using technical data supplied by the manufacturers.  Most researchers will tell you that there is nothing quite like getting your hands on the real kit and testing it out.